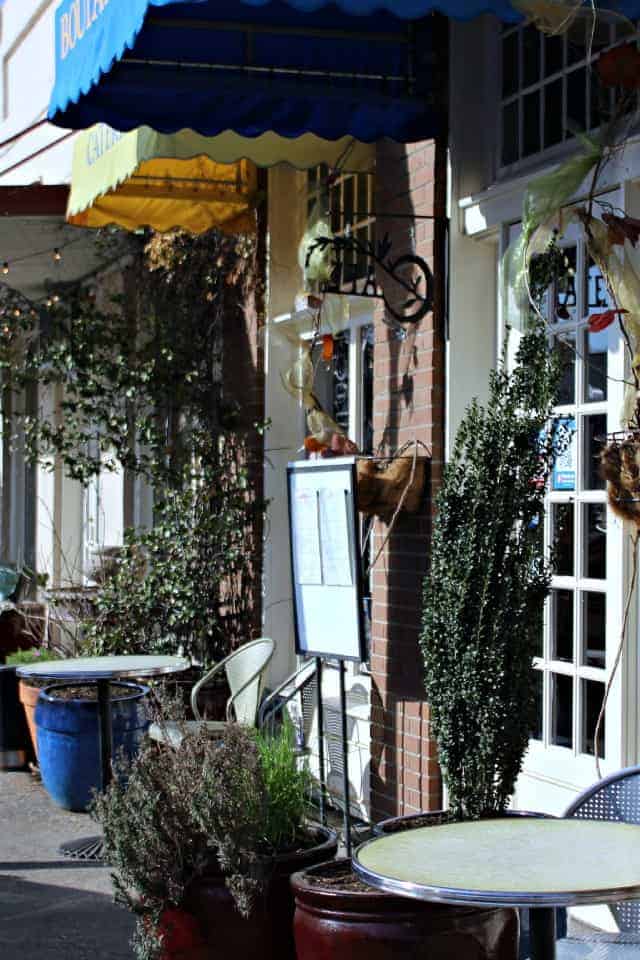 If you have ever been to Paris or France, you have probably picked up a baguette sandwich from a street vendor. These French Ham & Cheese baguette sandwiches are so amazing!  I think it’s the butter they use in between the bread and the ham or the pepperoni.  One local French bakery always brings me back to those trips to Paris.  It’s called the Main Street Bread Baking Company and it’s in Grapevine, Texas.  It’s a great place to go if you are a fan of French cooking and a great Parisian atmosphere. 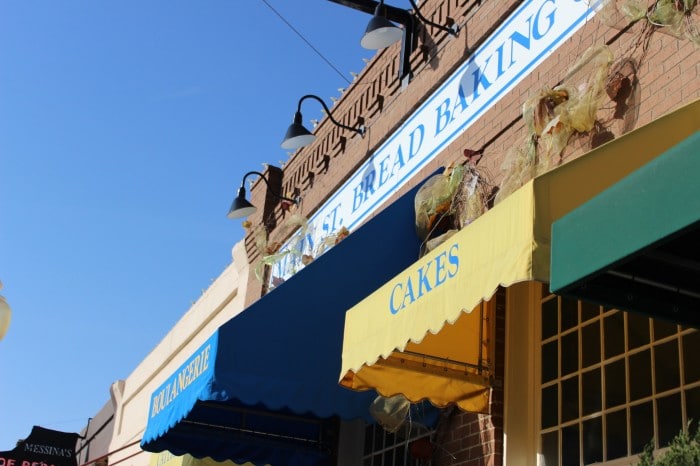 Check out this outside patio/walkway to enjoy your French breakfast or even just a baguette of bread with your coffee.  It really is a great taste of Paris or a French cafe. 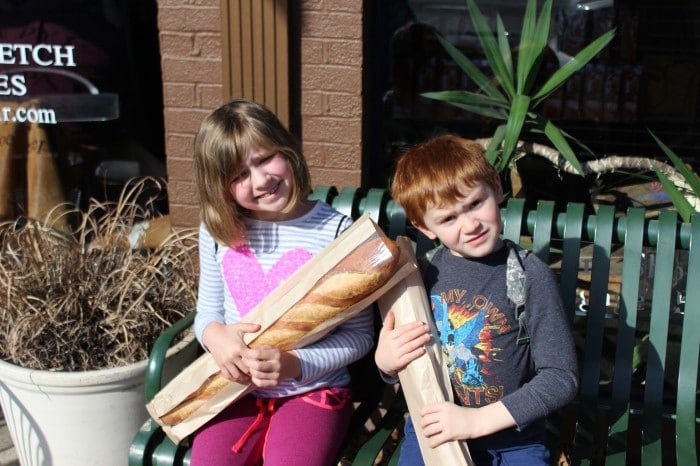 We love to pick up our french bread and baguettes here at the French Bakery.  So I decided to make a little taste of Paris with a French Ham & Cheese baguette sandwich. 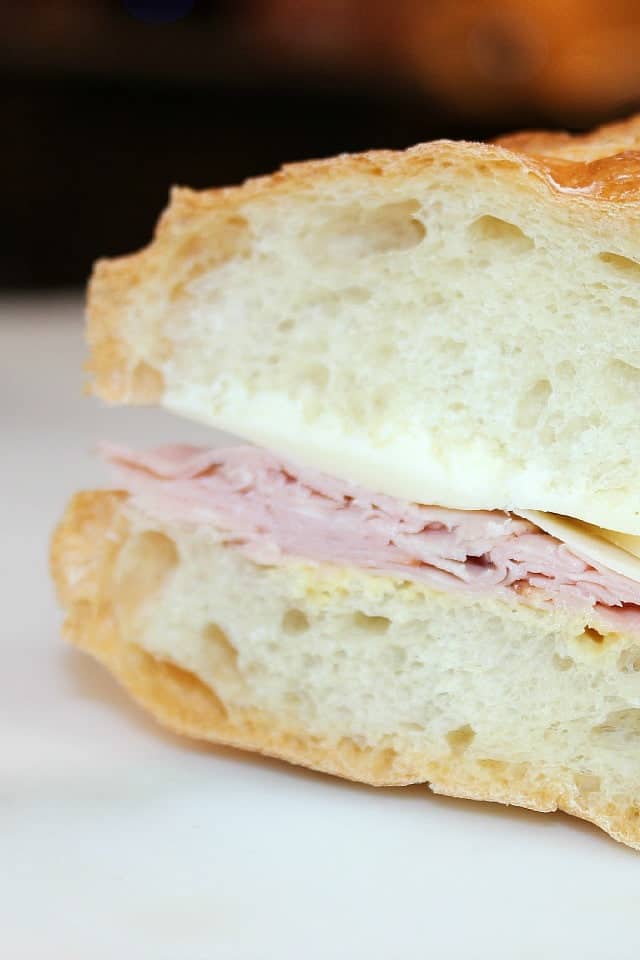 My favorite is the Ham and Cheese with butter.  So here is my favorite French sandwich recipe. 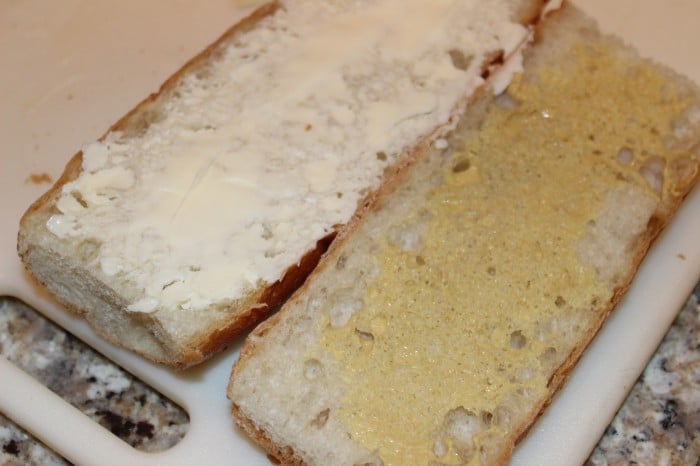 Start with slicing your baguette in half long ways.  Then you want to put about 2 tablespoons of European Butter, softened, on one side and 1 teaspoon of Dijon Mustard on the other side.  The butter can be found at  specialty stores like Whole Foods or Central Market.  It’s worth the find — great butter. 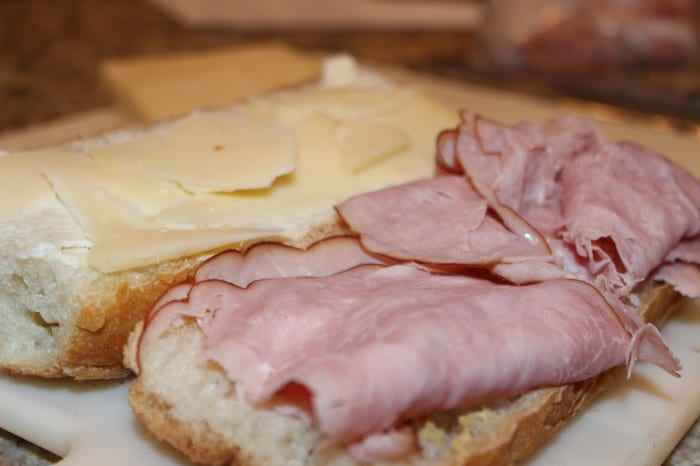 Then you will add the Ham and Gruyere Cheese.  Fold it up and you have a taste of Paris with a French style Baguette Sandwich. 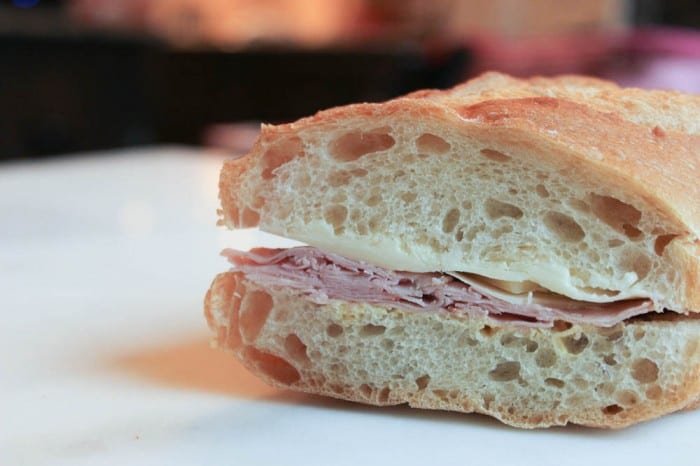 This works great with a larger baguette like I have or even a small, more narrow, baguette.  You can wrap this up and save it for lunch.  Or better yet, take it on a picnic with some Orangina soda and you will feel like you are in Paris.  Enjoy!

This very simple recipe can be varied with whatever you like to eat. You can use a different cheese or different meat. Some french sandwiches also include thinly sliced pepperoni too. 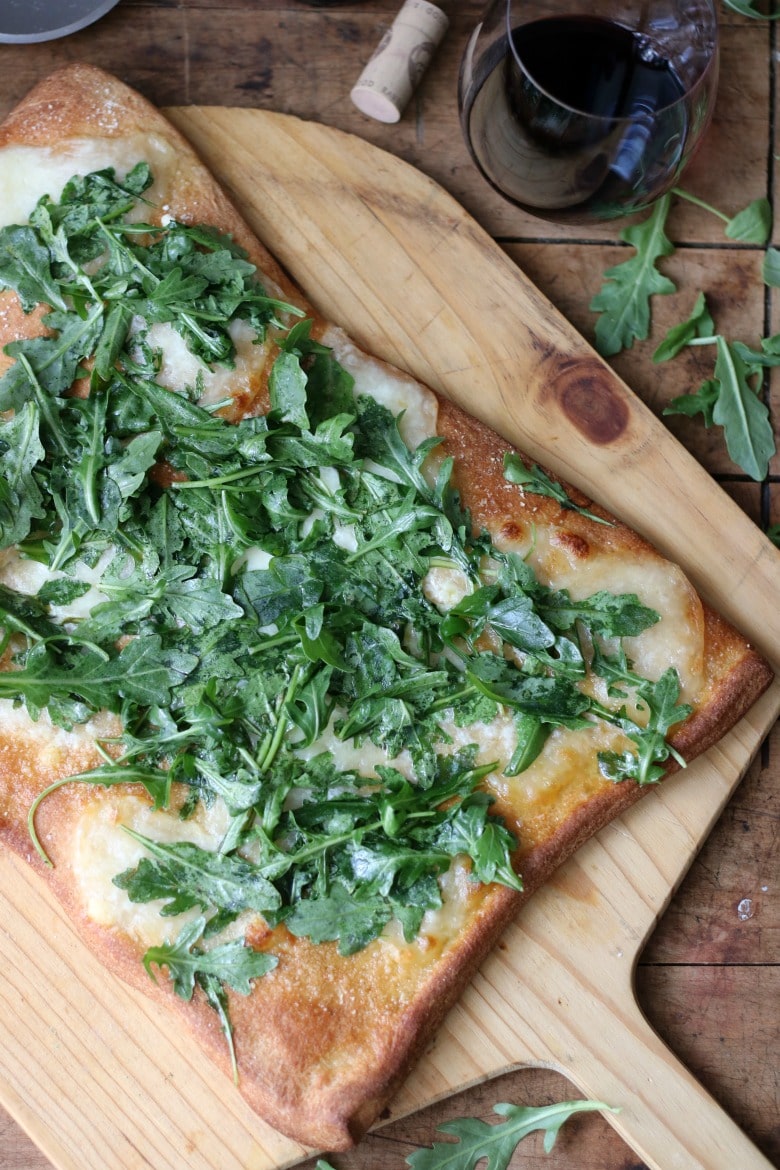 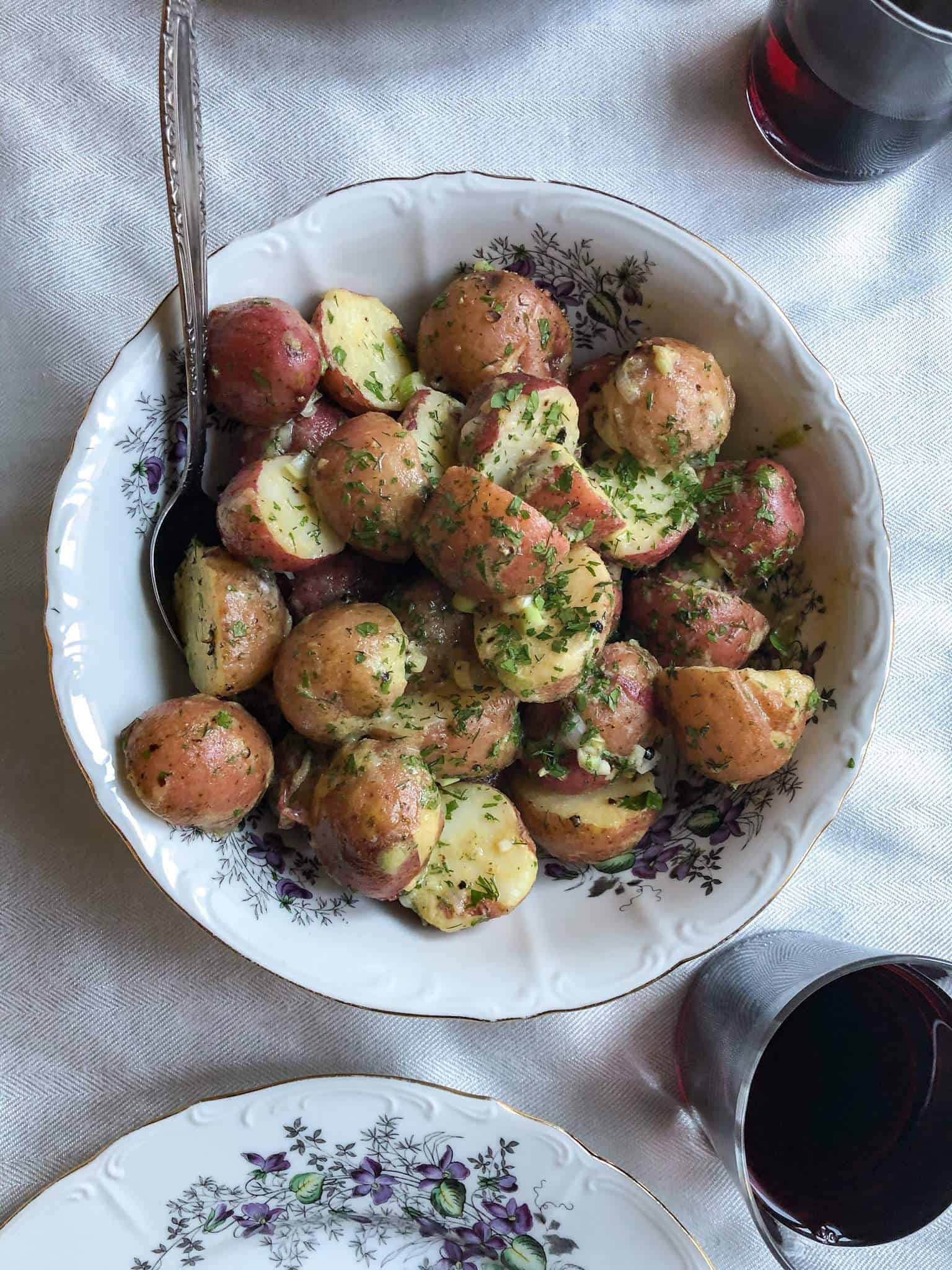 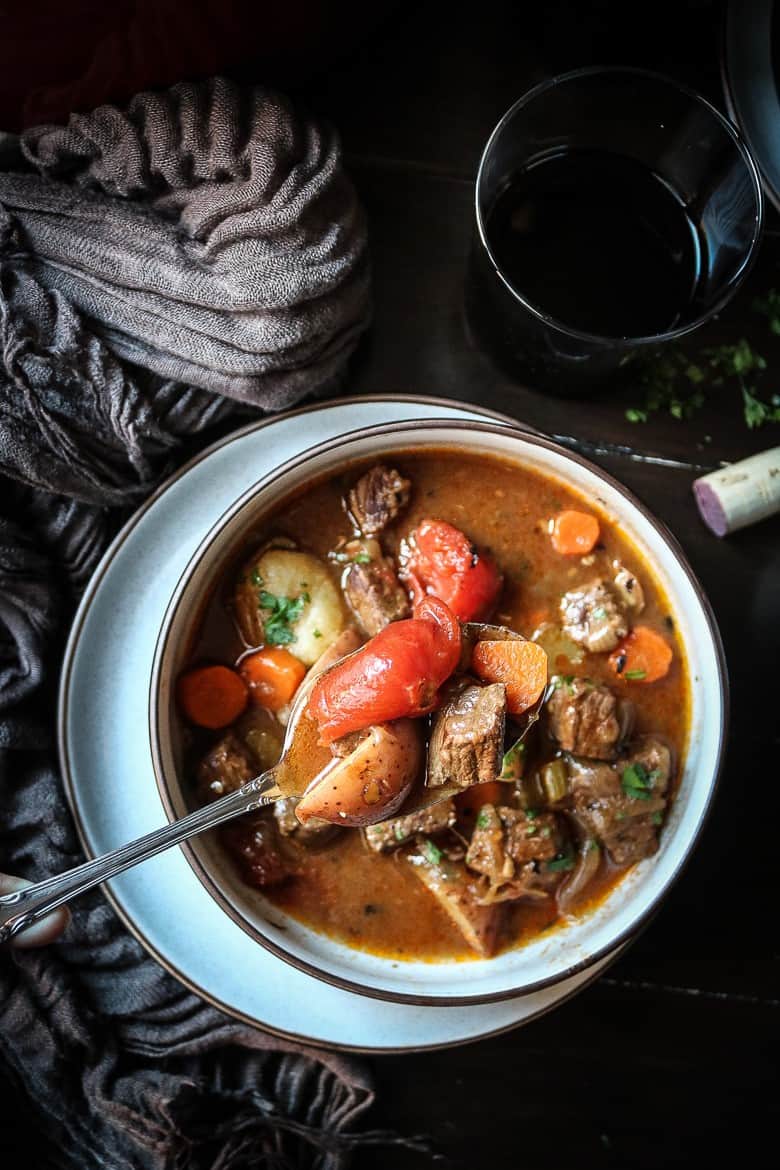 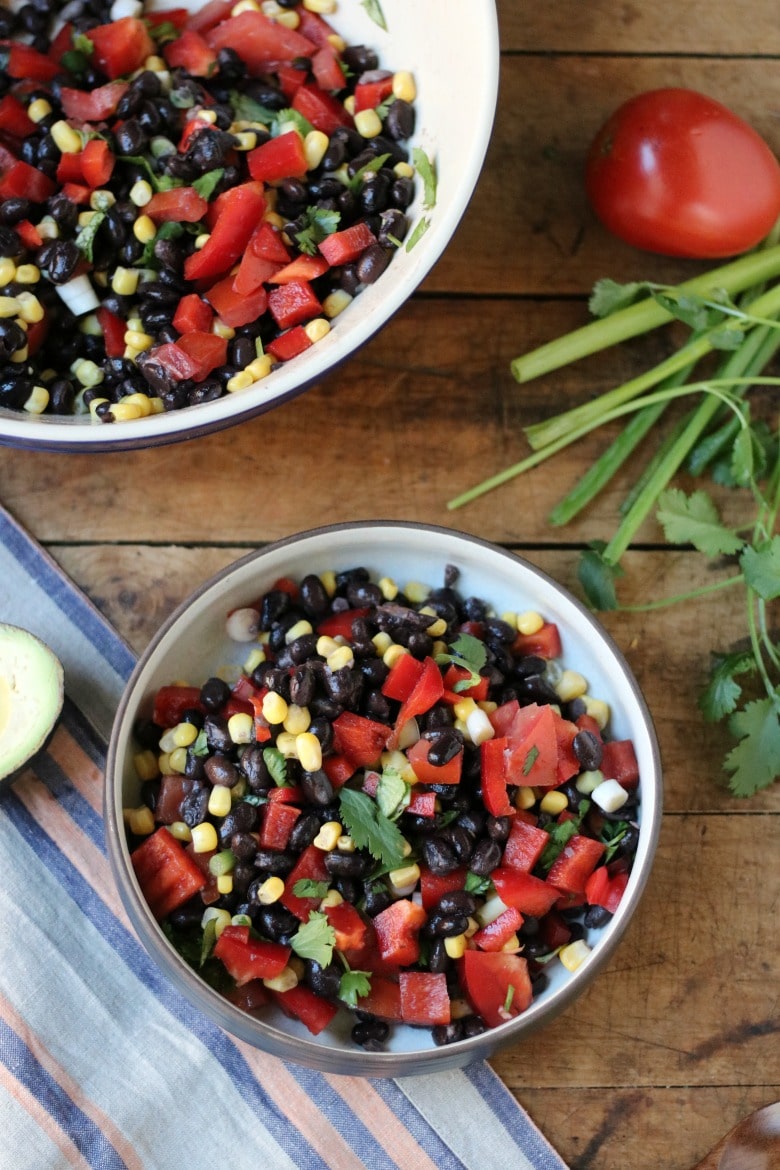 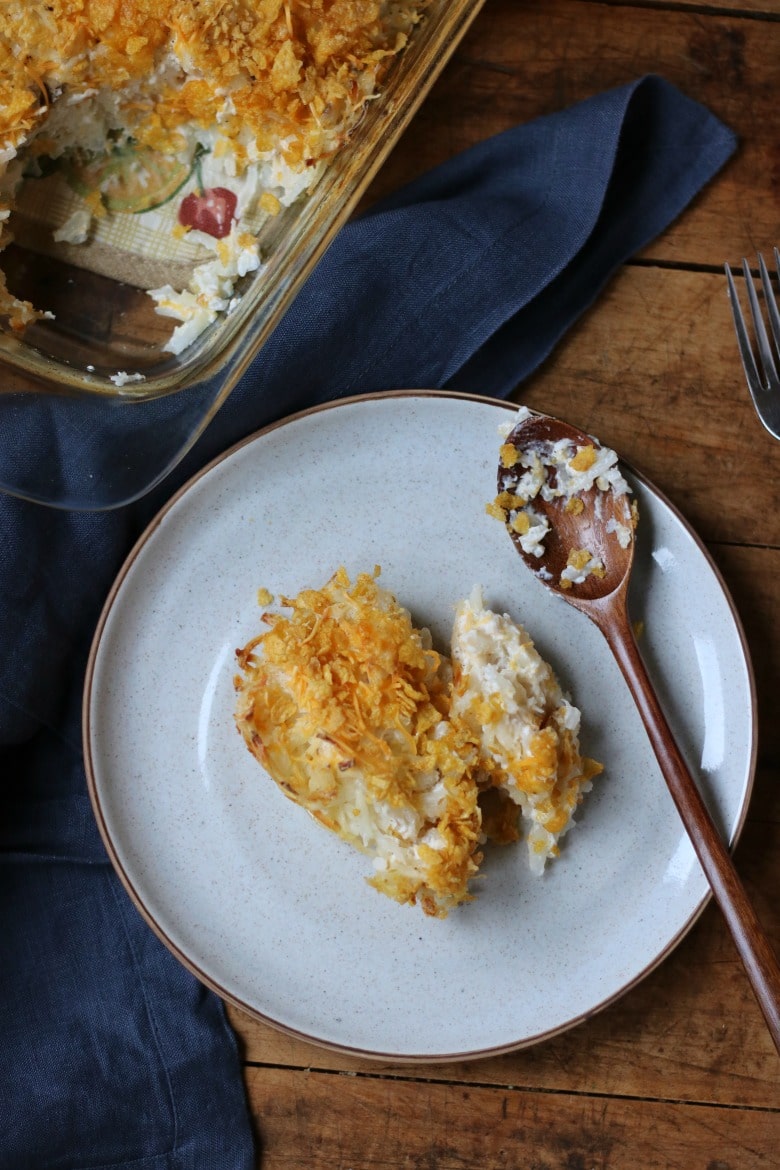 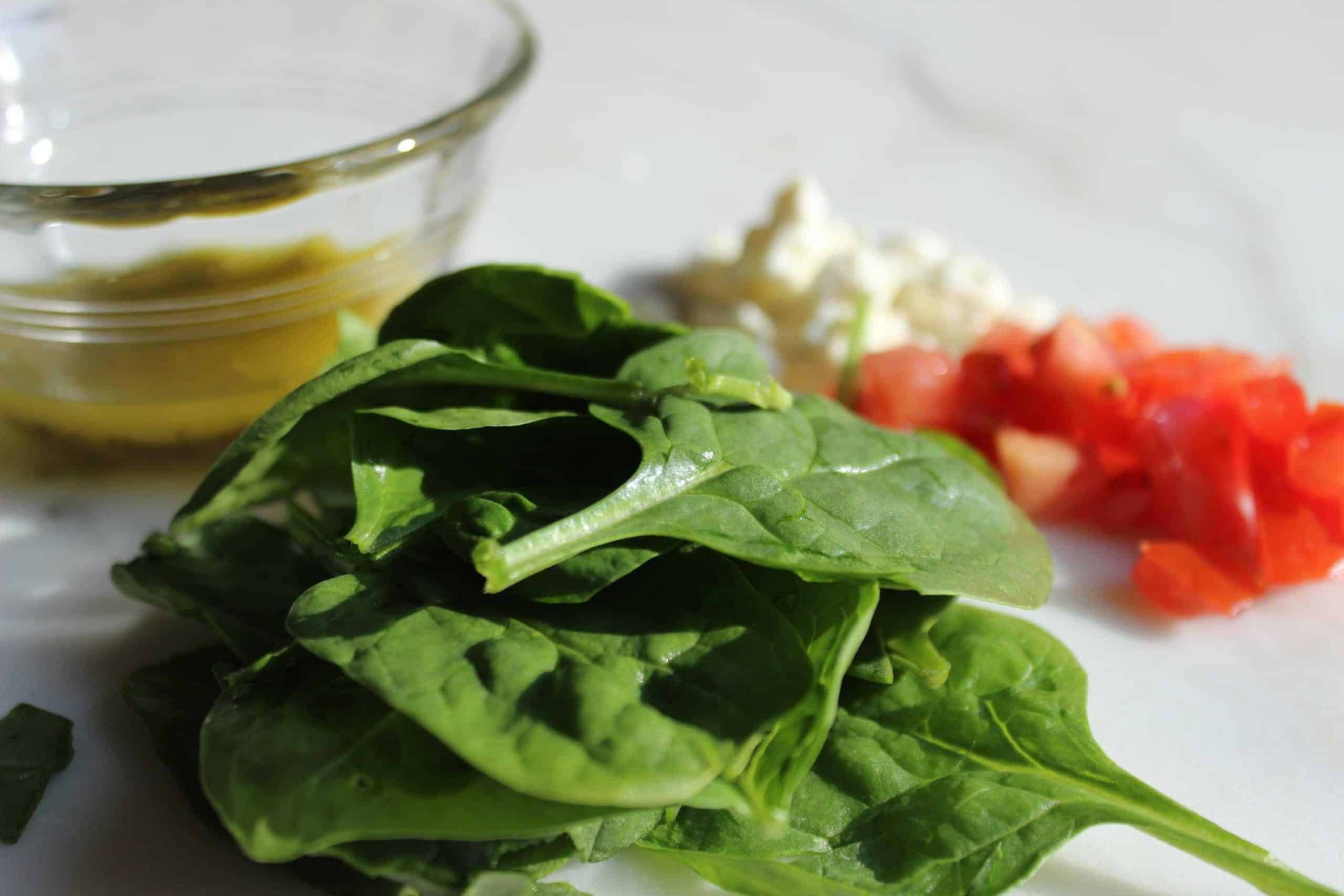